I love this Kimono! I got this pattern last spring but was a bit intimated about making clothes. I shouldn't have been; it was so (sew!) easy! 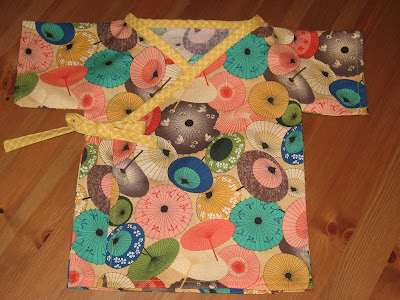 I used my new Swedish Tracing Paper that I got at Stitches West to cut out the pattern. I cut the front pattern piece 1" too short as I assumed that the side of the flap was the same size as the underarm. The underarm should be the same length in the front as the back piece. I just have to remember to add an inch when I cut the fabric. 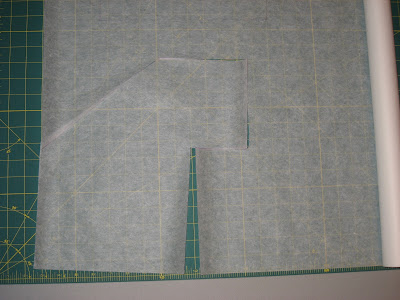 I folded the fabric in half and cut the back piece on the fold. I cut both the front pieces at once, through both layers of fabric. 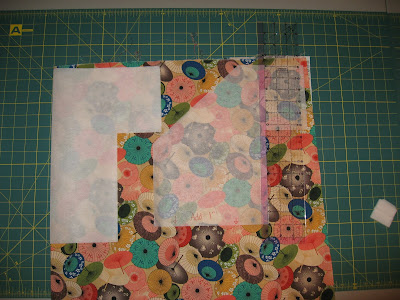 The binding was also pretty easy to make. I used a fat quarter and only used about 1/3 of the piece. I want to go get more and add bias tape to everything! 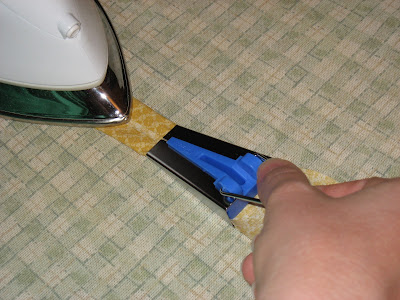 I used some tweezers to push in the flaps from where I had to seam the strips together. I was worried that the bias tape would look wonky where the seams were but it looks great! 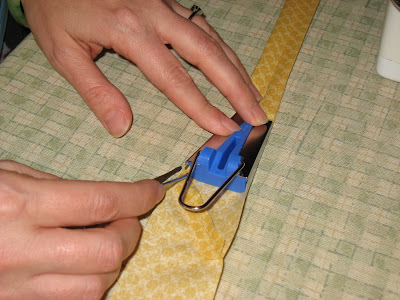 It was sort of hard to pin it though. I had a hard time where the shoulders meet the neck across the back. That probably took me the longest to figure out of the whole project. What I did was to pin right up the neck to the shoulder, and then had to fold the cloth on the neck back to attach the binding tape evenly. Once I had it pinned nicely it sewed up quickly and beautifully. 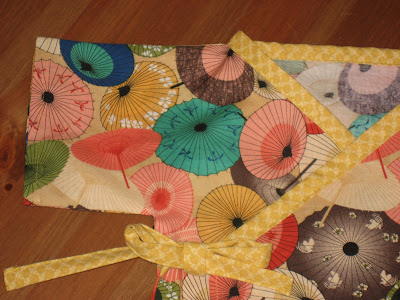 I bought this fabric to make an apron for my Gramma but hadn't made it yet. I pulled out a few fabrics that I liked, but this was the only one that I had a matching binding for. Since I decided Thursday night that it would be my Thing A Week and had to finish it Friday, I didn't have time to get something else. Paper umbrellas it is. 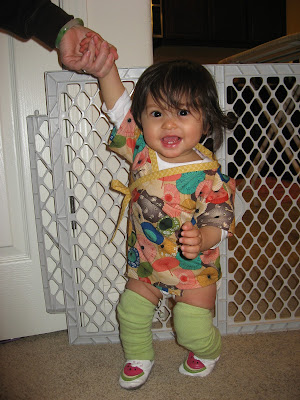