Saturday was a busy day: Regatta, visiting Nana, and dinner with friends. When I got home, after putting Minnie to bed, I decided I wanted to sew her a new dress to wear for her birthday and Mother's Day. My idea was to use one of Leng's old t-shirts for the top and to make the bottom out of one of an old fuschia tank tops. 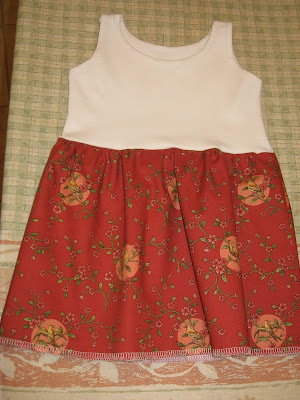 I took one of her dresses that fits her well and traced it on a piece of paper to create the top piece. 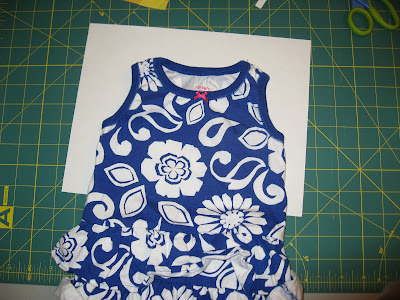 While I was ironing Leng's shirt I noticed it was very thin and since she wouldn't wear anything underneath I decided to double layer it. I sewed the neck and armholes only. For the sides and shoulders I wanted to use the serger. After sewing the neck holes I realized it would never fit over her head, so I trimmed it down and sewed again. I didn't pay attention to the size of the shoulder straps at this point, and the front two were way thinner than the back. I had to un-pick the serged shoulders and make the back match the front. 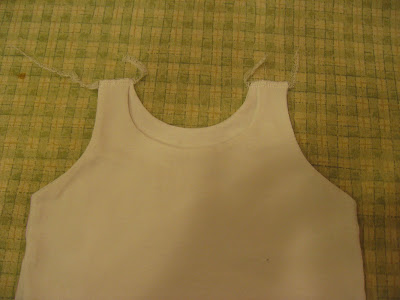 At this point I began to lose interest in the pink top and pulled out my fat quarters to choose one. I have a set of Asian prints and had a tough time deciding.

I cut the fabric as wide as her waist, then cut it horizontally. I serged the sides and the bottom, and gathered the top. I debated for a while on how to attach the top and the bottom, and then just decided to serge it. It worked great! I was worried it wouldn't stretch to fit over her head and arms but it was fine. I decided to leave the bottom un-hemmed, but I may hem it later.