Shirt bibs are perfect when you are away from the house as they keep the baby clean(er). But since Minnie keeps pulling off her bibs, they are pretty much a necessity. She gets really frustrated with the bibs that button as she can't pull them off. With the sleeves on this, she doesn't realize she is wearing a bib!

We have one shirt bib and I wanted to figure out a pattern so I could make my own. I will work on sketching out some patterns, and some larger sizes, to post a tutorial. For now I'll just show you how I made this. 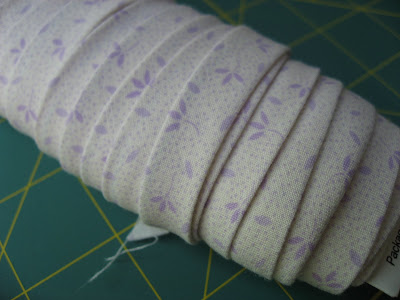 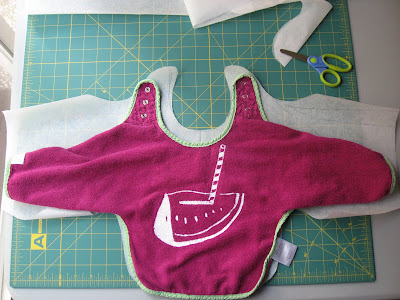 First I laid out the bib on some tracing paper. It would have been easier to just pull apart the seams under the arms, but I just sort of laid it out and moved it around to sketch it. 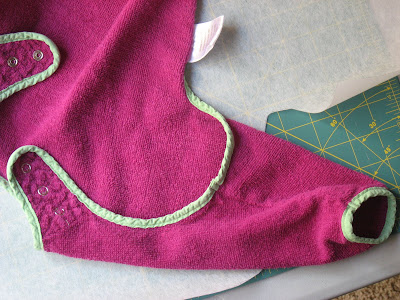 As you can see from the above picture, the fabric actually curves around behind the neck. In the photo two above, you can see how the pattern piece goes up a bit for the arms. 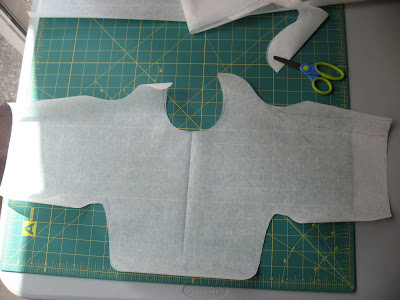 Completed pattern piece. I drew out the entire thing, but I folded it n half when I cut the fabric to make sure the pieces were symmetrical. You probably just need half of the pattern. 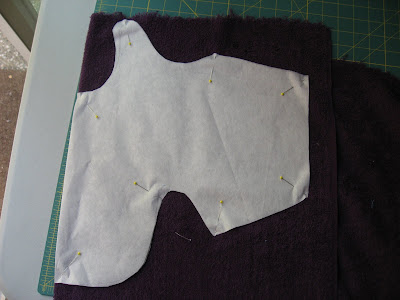 Line up your pattern on the fold, pin, and cut it. If you want it double sided, repeat on the other piece of fabric. 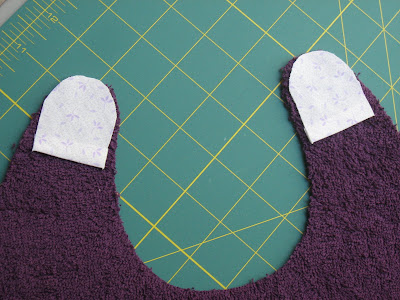 If it is not double sided, you will want to stabilize where it will snap. I cut some fabric the size of the tabs, and ironed under the bottom. Since the sides will be covered in bias tape I didn't bother turning them under. 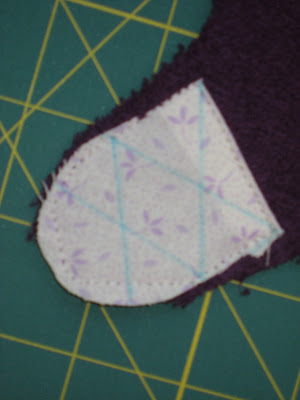 Sew around the perimeter of the fabric, keeping close to the edge. Sketch some lines across to keep it together. 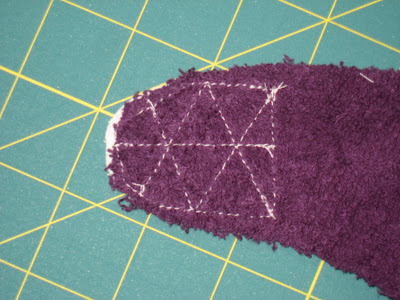 Sew across the lines you drew. I added another line straight across. Your snaps will go near the center of the two stars you made! 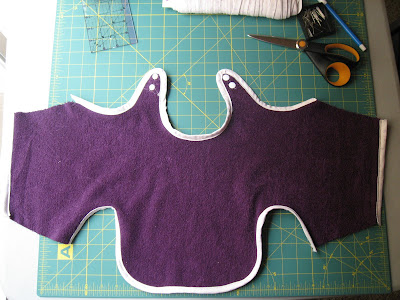 See where I added the bias tape? At the neck, the arm holes, and along the bottom. I left the shoulder seams raw as after I sew them together I will serge them. The terry cloth sheds a lot along seams, so if you don't have a serger you may want to put bias tape over the seam after you sew the arms together.

Now you need to decide if you want to add some applique to your bib. I think it is a bit plain without.
I drew an elephant for the purple bib and a star on the blue terry cloth side of the other bib.

I forgot to take pictures of this because I got too excited, but I put Wonder Under, paper side up, over the larger elephant, and copied the picture. I ironed the purple flowered fabric to the elephant Wonder Under, trimmed it, and then ironed it to the bib. The Wonder Under has directions to it, and it makes things really easy! 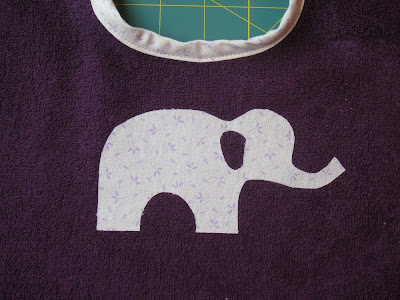 I used a razor to cut out the ear. I thought it would be cute with the ear as terry, and that it would be easier to keep clean than having an ear sticking out of the fabric. 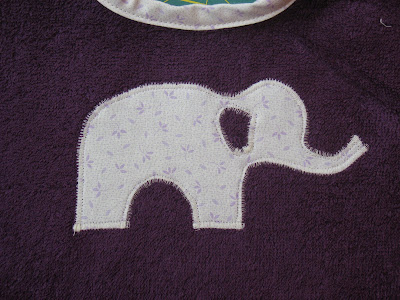 Zig zag stitch around the shape. 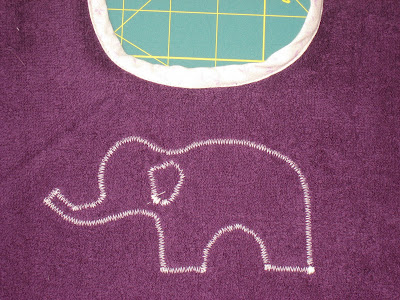 It even looks cute on the other side! 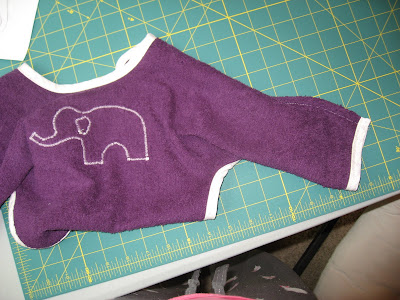 With right sides facing, line up the arm seam and sew it. Serge across the seam, or use bias tape to seal the edges. 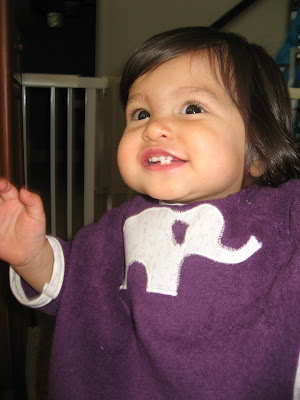 And last but not least, take pictures of your adorable baby! Remember to smooth the baby's hair over before you take pictures. Otherwise she will look like a ragamuffin. See blue bib pictures at the top for evidence.
Posted by Mama Mel at 2:30 PM